The EU Food Enzymes Regulation was published in 2008, but will fully enter into force only after the first Union list of food enzymes is published. This publication is believed to take place in 2020-2021.

Several steps will take place for all food enzymes presently used in food processing tobe evaluated for their safety and technological need:

With hundreds of food enzymes to evaluate, this process is expected to take several years. Until then, the existing set of EU and national rules will remain in force.

Until the establishment of the first Union list, all existing rules remain applicable:

a) Existing pre-market approval system in the EU

Under the existing EU legislation, a food enzyme can either be used as a food additive or as a processing aid, depending on the intended technological function. The definitions of these categories are given in the Food Additives Regulation (Regulation (EC) No 1333/2008).

Food enzymes currently listed under the EU Food Additive Regulation will be transferred to the first Union list of food enzymes. Have a look at the Food Enzyme Regulation: timeline

Prior to 2008, France and Denmark were the only EU Member States with national pre-market approval systems for food enzymes.

In France, approved food enzymes are mentioned on the list of processing aids, together with the food processes in which they can be used.

The list can be found in the order of 19 October 2006 on the use of processing aids in the manufacture of certain foodstuffs (in French: Arrêté du 19 octobre 2006 relatif à l’emploi d’auxiliaires technologiques dans la fabrication de certaines denrées alimentaires) as well as in its amendments.

A food enzyme mentioned on the French positive list can be sold and used in France provided that it complies with the restrictions of use – as laid down by the above-mentioned order.

In Denmark, approved food enzymes are not published on a positive list. The approval for each individual food enzyme is granted directly to the applicant (manufacturer, importer and/or user), specifying for which food application the food enzyme can be used.

The principle of mutual recognition of authorisations between France and Denmark has been introduced recently, following the adoption of a harmonised EU food enzymes legislation (see above). This mutual recognition only applies when the national administration performed the safety assessment according to the 2009 EFSA Guidelines.

Certain Member States have established rules regulating the use of food enzymes in specific food production processes (e.g. dairy and bread). These rules differ from country to country as far as the number and type of permitted food enzymes in various applications is concerned.

Note: CLP is also applicable to food enzymes, except when in the finished state intended for the final user. 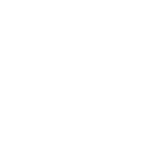 Amfep provides information on the safe handling of enzyme preparations for industrial use and on safety assessments in regards to consumer use.