How do enzymes work?

Enzymes are not living organisms, they are biological substances that catalyse very specific biochemical reactions. When enzymes find their designated substrate, they lock on and transform them, and then continue to the next substrate molecule.

Enzymes are proteins – primary constituents of all living organisms. They act as catalysts, which means that they make biochemical reactions happen faster than they would otherwise. Without enzymes, those reactions simply would not occur or would run too slowly to sustain life. For example, without enzymes, digestion would be impossible.

Like all proteins, enzymes consist of chains of amino acids. Most biochemical reactions in humans, plants and animals are catalyzed by enzymes and their actions vary depending ultimately on their amino acid sequence. Each enzyme has a specific action depending on the three-dimensional structure and in particular the active site of the enzyme molecule.

In industrial applications, enzymes are very useful catalysts. The most significant advantage of enzymes is that they work at low temperature and at moderate pH, with a very high reaction rate. In addition, enzymes are readily biodegradable. For this reason, enzymes are an environmentally friendly solution to industrial problems.

The word “enzyme” appeared for the first time at the end of the 19th century. Beer, wine, yogurt and cheese exist thanks to enzymes, but enzymes are not solely food and drink related. Today there are over 4000 characterised enzymes that catalyze natural reactions in living organisms.

Establishment of the First EU Positive list of food enzymes

The window for submitting dossiers covering food enzymes presently on the market was closed on 11 March 2015.

Dossiers submitted before this deadline will be checked by the European Commission and EFSA for validity. Valid dossiers will be listed on a Community Register, which will be published by the Commission – probably towards the end of 2015.

All food enzymes presently legally on the market in any given European Member States may remain on the market in this Member State until the Union list of authorized food enzymes is published for the first time. However, if no dossier has been introduced for these enzymes, they will not be authorized anymore after the first publication of the Union list.

Dossiers can be submitted for new food enzymes or new applications in food processing, after 11 March 2015. Such dossiers will be evaluated after the ones submitted before the deadline. The enzymes in question will most likely not be part of the first Union list. It is however foreseen that an interim period will allow them to remain legally on the market after the first Union list is published, and pending the completion of their evaluation.

In the human body

In the food industry

In the technical industry
News & Media 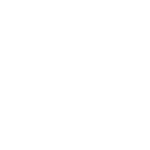 Ask us your questions